A plaque is awarded to an author of an outstanding CLE article presented during the year. All articles must be submitted no later than December 31 of each year in order to be considered for the Best CLE Article Award. The award is named in honor of Franklin Jones, Jr. of Marshall, Texas, a co-founding father of the College. 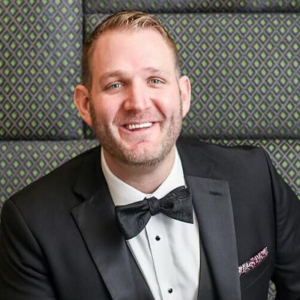 Michael J. Ritter is a staff attorney at the 4th Court of Appeals in San Antonio, where he works on over a hundred civil and criminal appeals each year. He is double board certified by the Texas Board of Legal Specialization, in Civil Appellate Law & Criminal Appellate Law. He is also the Immediate Past President of the Texas Association of Appellate Court Attorneys. He has been recognized among the Best Appellate Lawyers by San Antonio Magazine and SA Scene Magazine, and among the Top 40 lawyers “On the Rise” by the ABA’s Young Lawyers Division in 2019.

Michael graduated with honors from the University of Texas School of Law and cum laude from Trinity University. He served as a member of the Texas Law Review, which published two of his student notes, one of which received TLR’s Best Constitutional Law Note Award; and as a Notes Editor on the Review of Litigation, which published another one of his notes that received the Ridley–Ray Best Note Award. During law school, Michael published nine student notes in journals at UT Law and in other publications. As a practitioner, he has continued to publish articles, which have been cited by the Supreme Court of Texas, Texas courts of appeal, and a federal district court, and by lawyers practicing before those courts.

Michael thanks June Moynihan of the San Antonio Bar Association for the nomination, Professor Lonny Hoffman for his guidance in helping to publish this CLE Article (which was published in part by the Houston Law Review, in part by the Litigation Section’s Advocate, and in full by the Appellate Section’s Appellate Advocate), his husband Dilshan for his neverending support, and the Texas Bar College for promoting excellence among the bar in providing legal services to the public.

James E. Brill, Houston
Dealing With The Death Of A Solo Practitioner