Awarded annually since 1992 to an outstanding College member based on achievement or contribution to professionalism. A plaque is given to the recipient and a cash award of $1,000 is given to the Texas Equal Access to Justice Foundation, or the law school of their choice, in the name of the award recipient. The award is named in honor of Jim D. Bowmer, of Temple, Texas, the originator of the idea of the State Bar College and a co-founder of the College. 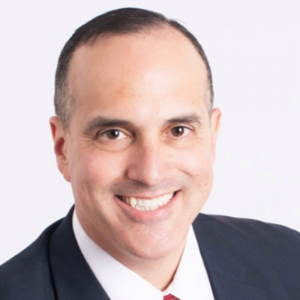 Ernie Aliseda is the Legal Counsel for DHR Health, one of the largest physician owned hospitals in the country. He is also a municipal court judge for the City of McAllen and a retired Lieutenant Colonel in the U.S. Army Reserves, Judge Advocate General Corps, where he served as an Army Trial Judge. Judge Aliseda is also a retired State District Judge, having served for both the 398th and 139th State District Courts. In 2008-09, Ernie was mobilized to active military duty in support of Operation Enduring Freedom. Upon his return, he was appointed by the Governor to serve as a Commissioner on the Texas Military Preparedness Commission. He resigned this appointment to serve on the University of Texas System Board of Regents, where he served from 2013 to 2019.

Judge Aliseda is also a former State Bar Director and a former Board member and current fellow of the College of the State Bar. He is a past President of the Hidalgo County Bar Association; a past President of the Hidalgo County Young Lawyers Association; past Board Member, Texas Young Lawyers Association; past Board Member, Texas Rural Legal Aid; and also a Life Fellow of the Texas Bar Foundation. Ernie volunteers his time as a volunteer Judge for the McAllen Teen Court program, along with being a Vice-Chairman for Scouting BSA. Along with his numerous military awards, Ernie has been awarded the “FBI Director’s Award” for his work as a federal prosecutor, the “Ethics Award” by the Hidalgo County Bar Association, along with being honored in 2019 by U of H Law Center with the “Pro Bono/Community Service & Leadership Award.” Ernie is licensed in Texas & Illinois, and is Board Certified by the Board of Legal Specialization in Personal Injury Trial Law.