The Patrick A. Nester Outstanding Achievement in CLE Award

The award is named in honor of Patrick A. Nester, of Driftwood, Texas, the Director of the State Bar of Texas Professional Development Program and TexasBarCLE from 1986 to 2000 and again from 2005 to 2016. The award is to honor a Texas attorney for outstanding achievement in CLE as a course director, speaker, author, creator of a new course. 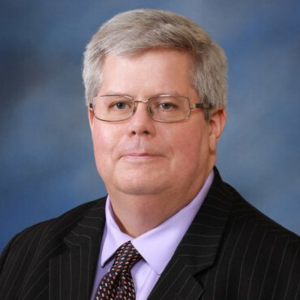 John Browning is a Partner at Spencer Fane, LLP, where he handles civil litigation in state and federal courts, in areas ranging from employment and intellectual property to commercial cases and defense of products liability, professional liability, media law, and general negligence matters. Mr. Browning has extensive trial, arbitration, and summary judgment experience and has represented companies in a wide variety of industries throughout Texas. Mr. Browning received his Bachelor of Arts with general and departmental honors from Rutgers University in 1986, where he was a National Merit Scholar and member of Phi Beta Kappa. He received his Juris Doctor from the University of Texas School of Law in 1989. He is the author of the books The Lawyer’s Guide to Social Networking, Understanding Social Media’s Impact on the Law, (West 2010), the Social Media and Litigation Practice Guide (West 2014); Legal Ethics and Social Media: A Practitioner’s Handbook (ABA Publishing 2017); and Cases & Materials on Social Media and the Law (forthcoming, Carolina Academic Press). An award-winning author, Mr. Browning has published hundreds of articles for practitioners and the public, as well as more than forty academic articles. Mr. Browning’s work has been cited in over 400 law reviews, numerous books, treatises and practice guides in at least 11 states, and by courts in California, Texas, New York, Florida, Illinois, Tennessee, Washington D.C., and Puerto Rico. He has been quoted as a leading authority on social media and the law by such publications as The New York Times, The Wall Street Journal, TIME magazine, The National Law Journal, ABA Journal, Law 360, and Inside Counsel magazine, and he is a recurring legal commentator for the NBC and FOX news stations in Dallas. Mr. Browning serves as an adjunct law professor at SMU Dedman School of Law, Texas A&M University School of Law, and Texas Tech University School of Law. He is the Chair of the Computer & Technology Section of the State Bar of Texas.